The Anglican Bishop of Enugu Province, Dr. E.O. Chukwuma admonished people calling for change in any form, insisting that people should be content with the status quo. He failed short of calling for the cancellation of the 2023 election, as he states that Enugu State is betrothed to PDP and Ndi Enugu should sink and swim with PDP. He said, Ndi Enugu should stop comparing the state with neighbouring states in the South East, because those states are richer than Enugu, and should therefore enjoy more infrastructural development than Enugu.

He said Enugu State is the safest state in South East because of its underdevelopment, explaining that the clamour for political change to facilitate economic advancement of the state will spell doom for Ndi Enugu; because the criminals will be attracted by the new found wealth.

The Bishop frowned at the people campaigning for other parties in the state, especially the Obidient group, stating that they want to import the killings in Anambra State to Enugu State through such political agitation.

He said Anambra State, Peter Obi home state knows no peace, because Ndi Anambra encourage multi-party system in the state. He therefore, cautioned Ndi Enugu to avoid multi-party state and stick with their one-party setting. The Bishop stated these in his sermon at the burial of the former military administrator of Osun and Abia States, Col. Anthony Obi in Ndiagu Akpugo, Nkanu West, Enugu State.

He said, as far as he is concerned, and he believes, he is speaking the minds of Ndi Enugu; PDP will rule Enugu State till eternity. He said Peter Mbah of the PDP is the only candidate that visited him, driven by their shared belief in one party state.

He concluded with the biblical injunction: Blessed are the poor, for theirs is the kingdom of heaven.

Recall Igberetvnews had earlier quoted the Bishop saying “we are not Obidient in Enugu State, and we’ll never be” 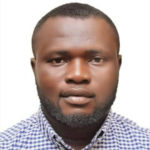 MISSION:
To capture and project happenings within the shores of Lekki and its environs as well as give opportunity for existing and growing businesses to excel using available traditional and social media tools that address contemporary needs with the highest level of professionalism
VISION:
To offer alternative platform where citizens can reliably and freely communicate their thoughts, promote their products and services, as well as provide objective and dependable linkage between government and the masses.