Actually, I lied in Church this morning – small “white lie.”

The preacher, a retired army general, referring to the Lekki and VI floods, mentioned a disturbing dream he had had a couple of years ago in which the entire VGC and Lekki areas were completely submerged.

At the time of his dream, I worked for Chevron in a role as Geographic Information Systems Team Lead between 2000 and 2006. The Company itself is situated in the heart of the Lekki Peninsula. I also lived around the Alpha Beach area at the time.

The learned general approached me and narrated his concern. He asked what I knew about the geologies and situational geographics of the area.

••• Before his dream, my concern about a possible natural disaster in the area was already established.

Before going to work, I had jogged every morning, often to the Alpha beach behind our residence. It amazed me, at the time, just by mere visual awareness, how each year, the Atlantic claimed a significant portion of the beach in a determined advance. No one measured!

Again, every year, we experienced an ocean surge in the area. I noticed that each year, the surge advanced into the Igbo Efon area significantly further than the preceding year. No one measured.

Read more: Poverty, Insecurity: This is not our country — Peter Obi

••• Third, during the five years I appeared live on Silverbird TV, there were times, after an overnight rainfall, I literally swam with my SUV to the partially submerged TV station behind the Jakande Area.

That is not even where I am going. While waiting for my slot on TV, I would go to the Beach behind STV to meditate. Friends, within a period of 5 years, I saw the ocean claim 5 or 6 rows of coconut palm trees lining the beach! That would have been about 30 meters in 5 years! No one was measuring! Why measure such things when “God is in control?”

Well, then, using the available historical sub-meter pixel satellite imagery of the area and a digital elevation model, I did a cursory study of the peninsula. What I saw startled me. (But I must state upfront that this was not a thorough scientific enquiry that is critical for understanding the gravity of a disaster lurking in the distance.)

••• Number One: Lekki is completely flat – there’s very insignificant variation in altitude. Two: Lekki is somewhat below sea level. A combination of those two factors meant that a mere 50 cm rise in the Atlantic ocean level could rapidly build a handshake between the ocean and the Lagoon. I hate to imagine the implication to the VI-Lekki-Ajah corridor.

But who cares? And who should care when “God is in control” as we say in Nigeria. No one will measure.

••• About the time I worked in Chevron, the Intergovernmental Panel on Climate Change (IPCC) had estimated a very conservative forecast of rise in ocean levels of 65 cm by 2100. That has since been adjusted to over 100 cm.

We may say, “Oh 2100 is a long way ahead!” And that is what kills the “Black Man!” (pardon the racial cliché). Lack of foresight! Poor planning. Thinking and living for the moment only. No one is measuring.

Well, the bad news is that scientists are not sure how fast or how soon this 100 cm rise will happen and what other geological events other than polar ice melting could trigger the rise.

••• We saw a little rainfall a couple of days and panicked. Like the behind of a hen when the breeze blows, we were confronted by our nakedness and utter helplessness with just a little rain. How about if it rained 40 days and 40 nights?

Here is the worst tragedy of all: We’re not learning!

Uka Igwe, my boyhood friend, posted what I thought was the most brilliant commentary on the Lekki-VI floods on his Facebook wall this morning, Said he:

“We have recently been inundated with pictures of flooding all over Lekki in Lagos, there have also been stories of continuous rain for nearly a week. The pictures are distressing especially for the people who live in Lekki, Victoria Island, Aja etc.

This kind of information is invaluable in proffering a solution to the problem. I hate to think that perhaps there is no such information available. Right there in Victoria Island is the National Institute of Oceanography and Marine Research. I shudder to think that even they don’t have the data.”

That, my friends, is the tragedy of the Nigerian situation. Someone who works at the Agency that Uka referenced actually confirmed that the data doesn’t exist! In his depressing words, the Federal Agency, like others, is there “just to receive allocation and salary!”

••• Listen, people, it is impossible to run a civilization on haunch and feelings! A poor country will remain a poor country UNTIL they begin to make RESEARCH and DATA-DRIVEN decisions!

I’m terrified to imagine that no one is capturing data on these floods! I’m terrified that no agency is on TV showing us an impact map of the event! Because none exists.

••• Nature is so kind. The Vanguard Newspaper report of July 8 began with “As usual flood ravaged Lekki, Victoria Island … after many days of down pour….”

Did you notice the “As usual?” Each year, the Lekki-VGC-VI corridor receives a yellow card. How many more yellow cards before the red, no one knows. I’m not a Murphy evangelist but from experience if a red might come, it will come. It’s just a matter of when.

About the lie.
The preacher said, “I hope this is not the reason Ogbo moved out of the Lekki area.”

My lie: “Not really. Lekki and VGC are for the big boys! And I’m not a big boy yet.”

I actually ran away from the area but I didn’t want to sound as if the people living there were not smart. We have the cream of Nigeria in that axis. For all I care, I might just have been a coward – what our people call fear-fear.

•••Nevertheless, Lagos has zero natural disaster contingency plan as many families discovered over the weekend. No one came for you as you watched your beautiful sitting room turning into a fish pond.

No one has even mentioned insurance in the narratives.

Same thing in Port Harcourt. Aba Road is to Port Harcourt what testicles are to a man. Hold him ‘there’ and he throws up his hands in surrender. If a disaster sinks Aba Road 2 million residents will be trapped in a rabbit hole.

••• If the Lagos government would listen, there needs to be an urgent thorough interdisciplinary study of the State involving scientists, geologists, soil scientists, engineers, satellite remote sensing experts, GIS, oceanographers, marine biologists, anthropologists, computer scientists and so on. There are analytical and predictive tools to model the next 5, 10, 50, 100 year scenarios and plan intelligently.

••• At best, my people of Lekki, VGC, Ajah and VI, please stay as dry as you possibly can. That’s what Facebook tells me whenever the rain is about to fall.

May God bless and keep you safe! 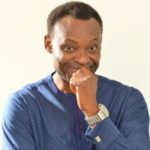 Residents of Lekki, Ikoyi, Victoria Island and other