“To change ourselves effectively, we first have to change our perceptions”, Stephen Covey

The screams are getting wilder and the cries hotter as torrents of horrendous scenes play out from different quarters of the society. Unfortunately, the anomalies have only succeeded in hardening the hearts of  those at the helms of affairs.

As tongues wag, accusing fingers move from one section of the society to the other and the bug keep passing, from the elderly to the youths and vice versa.

Our Perspectives about salient life issues are taking a toll on us and the ‘get rich quick’ syndrome is pulling many a life to early grave yet we appear unperturbed.

Miraculously, people with no known means of income turn wealthy overnight while none cares to ask the wherewithal. Parents too are not exonerated, they look the other way so they too can enjoy their share of the jackpot, who cares. But who dares report the suspicious lifestyle of his neighbours to relevant authorities. This sometimes translate to you joining ones ancestors early. Stories abound of those who tried but were betrayed. They paid dearly with their lives and those of their loved ones.

Do bandits, kidnappers, armed robbers, yahoo boys exist in the space? No, they are all part of the society, living, ‘ flexing’ and flaunting their ill-gotten wealth before our shamed faces. None is accountable to the other, the mighty is invincible even to the law enforcement agents.

With financial buoyance and social influence known criminals walk the street free. They are awarded enviable chieftaincy titles by communities where they carry out their criminal exploits. And we celebrate them,  with them and around thet. After all, if you cannot win them join them.

What about churches that ordain people with dubious characters as Christian leaders? Men with loaded pockets have to be tied down with religious titles so they can boost the financial strength of the church and support the ‘ work of God’. These are more relevant than the pious but poor folk.

The perspective is same, in church, political terrain,  communal sector, financial institutions. Money is everything, wealth has a strong voice and command respect. In some homes children, especially females are the bread winners. It could be the proceed of prostitution, armed robbery, gangsterism, kidnapping etc it doesn’t matter.

With impetuous display of  spending and showmanship, they trod heavily on oppressed.

The moment  one hears the distressed cry from the roof of another, the next action is to shrug off the shoulder with the impulsive wish ‘ not my portion’. Incidentally, we cry foul when we are victims of the heinous crimes of ritual killing, kidnapping and armed robbery.

The sacredness of human life is a global concept which should not be compromised. However, in our clime consciences have been suppressed and minds reset with a negative shift in cultural values. There and then the society loses its rich and esteemed heritage of global values.

These days a large section of the society appears to be going haywire in search of  an assumed Eldorado. Children are not spared either, the natural fantasies for toys have suddenly changed to unbridled lust for vanities- luxury cars, iPhones,  other sophisticated gadgets and money.

When the pulpit which hitherto stood for godliness with contentment now preaches ‘Miracle Alerts’ and  ‘Money Rain’,  what  then is expected of the followers. Many a times,  Christians are under pressure to ‘make it’ or lose their  dignity and position. They must key into the prophetic proclamations of their god  fathers.

Aspirations for wealth is not  a  crime neither is contentment synonymous with poverty. Nevertheless, the unscrupulous desire for wealth and glamour has pushed many to their early grave. Ever wonder why the youths are developing strong penchant for ‘stained’ money.

Suddenly, money rituals has become a trend. Family members are now considered sacrificial lambs to be slain on the altar of money. Ever heard someone say it’s better to use one of your children for rituals than allow the whole family suffer in penury and lack. That’s our new world!

Furthermore, the acquiescence of corruption by the Nigerian society is reflected in the demands and pressure mounted on public office holders. Religious organisations, public institutions and individuals directly or obliquely, insinuates them to stretch their hands into the common coffers to meet up with expectations.

Public officers  serve as chief launchers at fund-raising events among other ostentatious actions. Where do these monies come from? It’s obvious the salaries of these persons are far less than their outrageous spending.

Man is not distinct from his perceptives. Jesus says ‘ as a man thinks in his heart so is he ‘. It is either we adjust our perspectives towards the positive lane or we continue to sink more and more in morals, governance, economy.

JAGABAN: The heroic return and reception of ‘City Boy’ 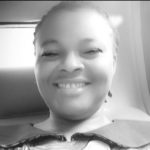